The Allocishet Vision in Schools: A Digital Perspective

While schools have always been sites of surveillance; monitoring what students do (and don’t do) and enforcing disciplinary action through this monitoring, in recent years, schools have also begun to monitor students’ digital presence. Schools resort to various explanations to justify their surveillance; this includes increasing the efficiency of pedagogical techniques, increasing security, and protecting students, but the actual ramifications of this are anything but positive. By recounting my own experiences with surveillance and presenting conversations with several of my peers. I’ll cover different (digital) modes of surveillance and analyse their specific effects on queer, trans and gender non-conforming students. I’ll also be going through strategies of self-defence weaponized by students, including myself.

One instance of digital surveillance is monitoring school computers. This can be either virtually or physically. Throughout my life, I’ve seen computer classes be arranged so that all the computers face towards the centre from where they could be easily monitored by teachers. This can be demonstrated below:

This model of computer classroom layout allows the teacher to view the physical screens on the students’ computers from a specific view-point, usually towards the center. This is used to regulate the students’ behaviour; the students will always be aware that the teacher could be looking at their screen and is prevented from using the internet as a tool of their self-expression. One of the ramifications of this is that students are hesitant to explore their sexuality and gender; especially students in residential schools where they do not have any other means to explore their sexuality online. This can lead to the students feeling alone, unsupported or depressed due to the lack of support regarding their identity. Sibha*, a queer ex-student of another residential school, said that because the school limited her internet use to school computers, where teachers could easily view what she was searching, she could never use the internet to understand her sexuality. “The physical environment of the school was so homophobic, the internet would have been my only hope, and without it I did not understanding my sexuality properly until I switched to a non-residential school” she added.

As surveillance from school authorities is a constant threat, students often take measures to stop the teachers from surveilling them illegally. Aakar*, a plus-two student from a reputed residential school, said that he and his friends usually tried to rotate the computer away from the center, or tried to cover up the screen my typing close to the computer at first, but that just made the teacher suspicious. “Being in a residential space, our internet was limited to just using school computers, so we developed swift reactions to exit screens and change tabs as soon as a teacher came near our computers.” 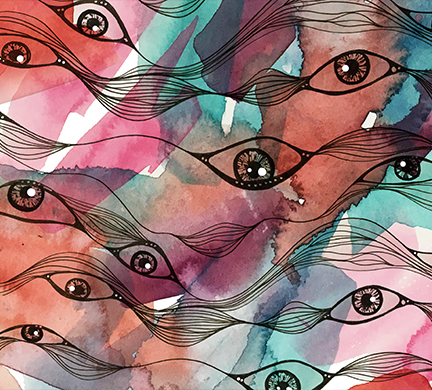 This monitoring also extends to monitoring and limiting the school WiFi and the internet as a whole; including banning pornographic sites and social media, and surveilling what students are browsing on the internet. Even though I spent less than six weeks in a residential school, it was common knowledge that the internet in the school was restricted, from preventing people from accessing pornographic sites—limiting their ability to seek pleasure—to banning social media sites—preventing them from seeking community online. As someone who found a community of people who understood them online, this was a very traumatic. Since the COVID-19 pandemic and the lockdown that ensued, even personal devices aren’t secure, as administrators can view emails of G-suite accounts.

It’s very difficult to actually stop schools from monitoring one’s WiFi and punishing students for behavior the school deems to be unfit, as schools can view what sites students have visited and (if HTTPS is not enabled) what they have visited within those sites, even when students use private browsing modes like Incognito and InPrivate. While using a universal HTTPS add-on and a strong VPN can prevent admins from viewing your web history, it is safer students to not log in to personal accounts in school networks or computers at all, however, this may not be possible for students in residential schools. Sibha* recounted how she had a second email address for personal use when she wasn’t at school because she did not trust her school. A strategy I use is to never use my G-suite account for any personal purposes, and log out whenever I can.

The horror of this culture of digital surveillance doesn’t end here, as many Nepalese educational institutions force their students into handing them their phones. Krisha* recounted how students at her college were not only forced to hand over their phones to teachers, but also coerced into giving them the password so that they could go through the phones. She said, “They’d go through pictures, social media and messages. If they found out that the students were engaged in romantic relationships, they’d use it to blackmail the students under the threat of telling their parents.”

This, other than being a heinous breach of Article 3 (3) and Article 12 (1) of The Privacy Act 2075 (2018), which grant the right to privacy in matters of “gender identity, sexuality, sexual relation” and “personal data or details” respectively, is also a serious abuse of authority from schools. This practice discourages students from exploring their sexual and romantic relationships or even talking to people online. It should also be noted that this also disproportionately affects queer, trans and gender non-conforming students, as they are at the risk of being outed; not just their relationship being made public. The rhetoric around surveillance and security also perpetuates a false choice between security and surveillance; that somehow the only option to secure the lives of students is to monitor those students.

There are various strategies for resisting these breaches of the right to privacy. I personally like to use a second space in my phone to store confidential information, so even if other people coerce me into opening my phone, I can hide confidential data, while other vault applications can also help in this. Since, queer students often challenge the oppressive school dynamics, practices and policies by just existing, many also resort to this.

The final method of surveillance that I’ll be discussing in this essay is the monitoring of students’ social media by schools, a worrying trend. While a lot of monitoring online in the West is done by algorithms that try to flag any activity not condoned by the school, in Nepal’s context much of it is manually done by school staff. According to Krisha*, students were punished over social media posts critical of the school administration. In Aakar’s* school, a female student was suspended for “posting sexually suggestive pictures”. This doesn’t just apply to students; recently an assistant professor at an Indian university was forced to resign for posting photos in her bikini before even joining the school.

Schools looking through students’ social media have worrying consequences. Other than being a flagrant violation of a student’s privacy, it also can lead to false alarms, particularly when using algorithms. Teachers looking through a student’s social media and penalizing them for it is also an obvious abuse of authority. As for consequences for queer, trans and gender non-conforming students, one of the main consequences is their inability to freely express sexuality online, or being outed to their school, teachers, administration and so on without consenting to do so. It also suppresses voices about queerphobia and cis/allo/hetero/normativity in schools, as schools could potentially see such things as criticisms and punish students for it. It also hurts other students from discussing their relationships or sexuality online, or seeking advice regarding their sexual and reproductive health online.

Aakar* talked about making his account private to prevent schools from spying on him. I myself opt to a second private account since I like having at least on public account, and use pseudonyms rather than my own name. I also block accounts I identify as belonging to school-related people.

As it’s been made abundantly clear throughout this essay, the consequences of schools monitoring students are far-reaching, especially for LGBT+ youths. For schools, my suggestion would be to administer these resources in supporting the mental health and education of the students instead of scrutinizing their private digital lives. For students who seek to safeguard themselves, I have documented various sites of resistance against the school monitoring apparatus, many of which may be useful depending on one’s scenario. I would highly recommend checking out Surveillance Self-Defense Guide’s playlist of tips and tools for queer youth to safely access LGBTQ resources (https://ssd.eff.org/en/playlist/lgbtq-youth). 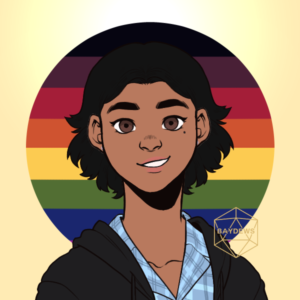 Pras (they/them/xe/xem) is an eighteen-year-old genderqueer writer whose writings focus on queerness—using literary, sociological, political and philosophical modes of analysis. Their writings can be found on their blog titled queerer, which is hosted on Medium. Their hobbies include engaging with texts, writing and playing Minecraft.