The government of Nepal has made ambitious plans under Digital Nepal Framework. However, the offices have failed to adopt digital technologies to make the administrative services faster and more efficient. Further, given the lack of data protection laws puts the data being collected through different public services at risk of security and privacy breach.

The government of Nepal brought E-passports into effect from November 17, 2021, to replace Machine Readable Passport (MRP). As the electronic chip on an e-passport has all information about an individual, some experts have expressed concern over security issues. In less than 24 hours since the provisional distribution of e-passport was started, service seekers reported a problem in the application system. The government has made it mandatrory for the applicants to register for National ID in order to register for the e-passport whereas the government is yet to reach the public with complete information on the use of the card. Instead of making the service delivery more accessible and easy, such provisions futher makes it inaccessible for the service-seekers.

Embossed number plate which was highly debated, has been made compulsory for new vehicles in five out of seven provinces of Nepal in efforts of digitization. However, there have been concerns about privacy as conversations between people in the vehicle could also be tracked while passing through Radio Frequency Identification (RFID) Gate.

Although many government offices are now providing services online, service seekers are compelled to stay up till midnight to access these services as there are limited quotas for the day and the websites show error messages during the daytime. In the haste of digitizing the public services the perspective of the service seekers seems to be overlooked. The complex and timetaking processes seems to create more hurdles for the service seekers to access those service. On the other hand, the issue of data privacy and security of the collected data including biometrics data remains questionable because such online data collection are always at the security and surveillance risk.

Simlarly, Under the project started by the Nepal Telecommunications Authority to connect the country to high-speed broadband internet, 65 districts of Nepal have access to free internet. NTA had started different projects under Rural Telecommunications Development Fund to provide free internet for the first two years. Similarly, Nepal Telecom’s high-speed FTTH internet service has been expanded in Gulariya, the district headquarters of Bardiya district. Nepal Telecom which had received permission to start testing for 5G, has made an implementation plan to start the trial within 6 months. There is a provision that the telecom cannot charge any fees from the public during the trial phase. Despite the progress in internet reach, the “Speed Test Global Index” for the month of October shows that mobile internet speed has gotten worse in Nepal. On the other hand, Nepal improved its position for fixed internet and reached 97th position among 189 countries. While the internet penetration is increasing across the country, the social and economic aspect of aspect is still not recognised. Even today, women and girls are not allowed to use phone and social media in the name of protection and people from marginalized communities are trolled, harassed and threathened in the online space for expressing their opinion.

In order to maintain data privacy, the Nepal government is trying to regulate the Internet of Things (IoT) or Machine-to-Machine (M2M) communication. Nepal Telecommunications Authority published the draft regulation on 2nd December. To boost cyber security, Nepal Police signed an agreement with KOIKA Nepal on “Cyber Investigation Capacity Enhancement through Establishment of Cyber Safety Authority of Police Office” on December 1, 2021.

Likewise, cyber security has become an issue of concern globally. According to the 2021 Cyber Threat Report, ransomware attacks increased by 151% in 2021 in comparison to data from 2020. Similarly, cybercriminals adopting new ways of collecting information for Phishing Attacks and Secure Email Gateway (SEG) measures aren’t adequate to keep phishing emails from infecting the devices with ransomware. According to BGR’s report, the cyber secutiry company Avast had recently found about Premium SMS Scam higly spread in playapp store.The 152 scam app were removed from google after identification but android users have to remove these apps if they have installed it their smartphone. Such incidents have not happened for the first time and this will defenitly not the last time as well

We all are familiar that it has become an undeniable fact that the digital realm has become all-pervasive. And for a developing country like Nepal, the urgency to strengthen and protect its digital realm is especially severe. The government of Nepal is failing to develop critical digital infrastructures putting citizen’s needs and rights in the center.The point, after all, is to create a reliable cyberspace that participants can trust to create discourse upon, and ultimately make their own. In the modern world, the digital realm is all-pervasive and all-powerful. For Nepal, being left behind means being defenseless to its insidious influences. 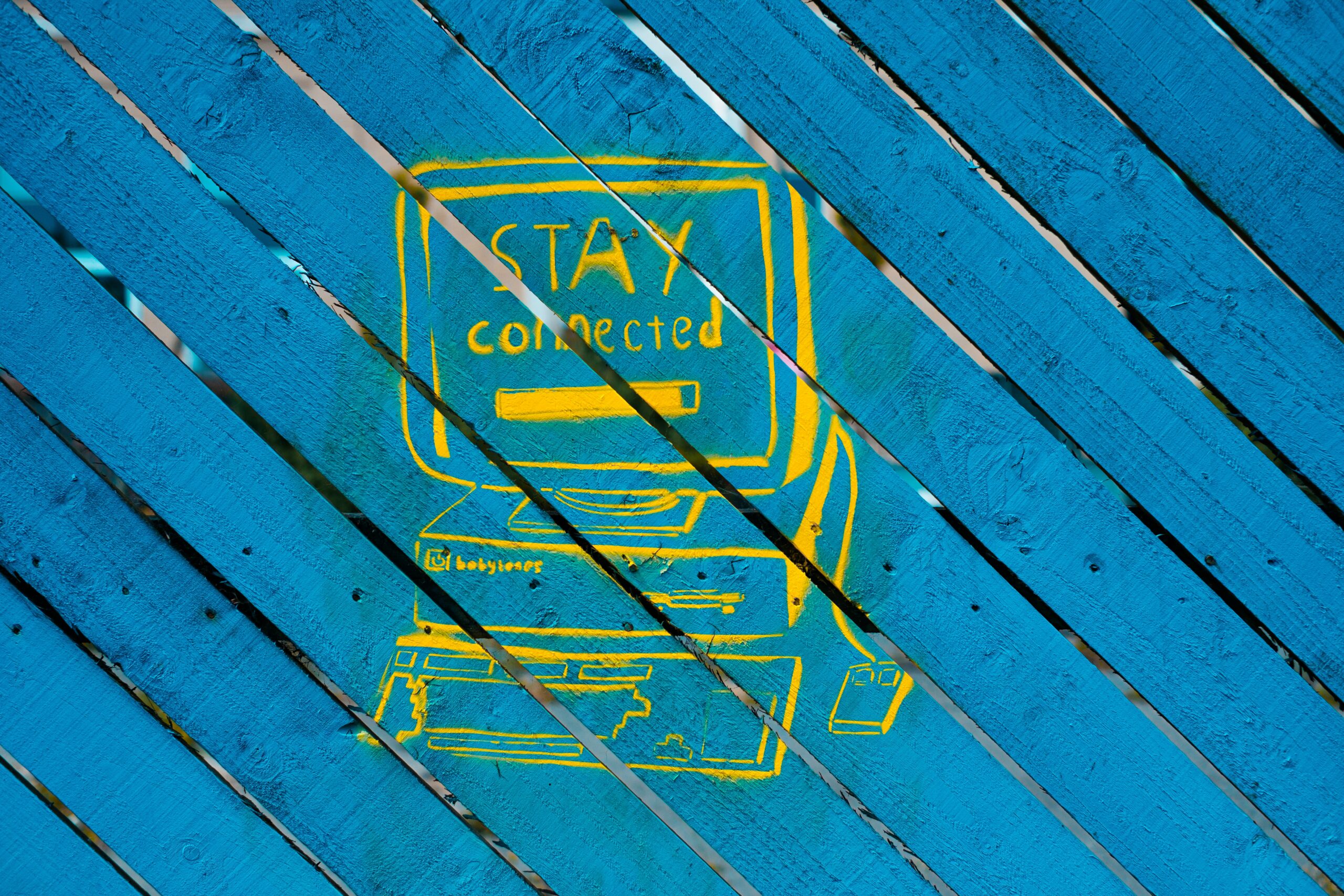 Various civil society groups marked the 16 Days of Activism against Gender-Based Violence (GBV) campaign between 25 November and 10 December. This year the campaign called an end to violence against women with the slogan “Orange the world: End violence against women now!” Oftentimes, people seem to focus only on physical violence while overlooking technology-enabling violence as people are unaware of it. There are even loopholes in the exisiting laws of online based violence where there is high chance of the case not being registered. Such laws create more hurdles for the victim rather than paving way for justice. There was an incident where Police arrested the principal of Deep Jyoti Secondary School in Baijanath Rural Municipality on the charge of inciting a 17-year-old girl to commit suicide. The locals had picketed the school on finding explicit SMS of sexual nature on the girl’s mobile phone from the principal. It is found that the perpetrator had sent messages pressuring the girl. Police suspect that the principal had asked for sexual favours. The police has started the investigation regarding this case. In the last three months, from mid-August to mid-November, 1,268 cases of online harassment have been filed at the Cyber Bureau, which comprises 44 percent of the total cases filed last fiscal year. At this rate, the total cases of cybercrime registered by the end of the fiscal year 2021-22 will see a 76.4 percent increase from the last fiscal year. However, these are only the number of the case that were reported. In reality many of the cases are not reported due to the fear of being further victimization. A research study conducted by Body & Data explores the different forms of harassment and violence mentioned by the participants.

Tech Giant ‘Meta’ (Facebook) continues to be in controversy

Facebook announced the end of the ‘Face Recognition System’ which recognized the faces on photos and videos after questions on privacy and racial prejudice. ‘Facebook Papers’, the documents from whistleblowers show that the tech giant does not treat all countries equally.. These technological tools, built to understand local languages and local patterns of social media use, are supplemented by local moderators with contextual knowledge. However, in Tier 3 countries like Nepal, Facebook appears to make no proactive effort to identify and moderate polarising content. Instead, it relies on user reporting to identify problematic content. In a Tier 0/1 country, content inciting violence could be proactively removed by algorithms or moderators. In a Tier 3 country, significant challenges would have to be overcome before such action is taken.

Oli’s “Cyber Soldiers” continue to work under a different name

Based on youth leader Mahesh Basnet’s proposal, CPN-UML has renamed its ‘Cyber Sena’ as ‘Cyber Circle’ since the word ‘Sena’ signified conflict and violence. The ‘cyber soldiers’ were created in January 2021 to defend the party and ensure that ‘fake news’ doesn’t alter people’s mindsets. Mahesh Basnet, youth member of CPN-UML stated that this group is established to control the information about the leaders of UML and to take action against people who are involved in spreading such misinformation through information technology. But the question arises about the reason and legality of such cyber sena for certain political party. The past practice of such sena was to spread misinformation targeted online harassment, character assassination, curtailing the freeom of expression and create ruckus on the social media platforms without any healthy discussions or debates. Information Technology Specialist, Experts has to say that ‘Cyber Sena’ is illegal and except for prevention of the centralized data of nation it is not allowed to form such ‘Cyber sena’ after the establishment of Oli’s Cyber Sena a year ago.

The National Census, 2021 was conducted between November 11 to 25. Some have commented that even in the digital era, the method of data collection Nepal implemented was of the 18th-century model. The news about the complex and longer questions are already coming out. Despite of people raising voices for the digitalized process for the census this year, the government has implemented the same old manual kind of census. Some people are not providing their real information about their caste, or income and other personal details due to the fear of stigma of caste existing in the society and lack of trust for the data collectors. According to Statistics Act 2015, every individual’s data should be kept confidential but the door-to-door data collection method puts the confidentiality at risk. The credibility of the collected data can be guessed by such trends during census. There are more concerns on inclusion, data privacy, data sovereignty and autonomy.