My Curiosity Led to Discovery – Discovery of Self-Pleasure. 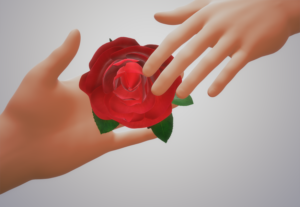 When I was a high school student, I read a book titled ‘Eleven Minutes’ by Paulo Coelho which presents the story of a young girl named Maria who pursues a career in prostitution in order to make money quickly to return to her home. In this journey, she gets an opportunity to experience pain, pleasure, and love. One thing that caught my attention while reading this book was seeking self-pleasure through masturbation. The line in the book goes like this… ‘She began examining her own body and noticed a small gland above her vagina, the clitoris. She began touching it and found that she couldn’t stop; the feelings provoked were so strong and so pleasurable, and her whole body – particularly the part she was touching became tense. After a while, she began to enter a kind of paradise and then she moaned with pleasure and had her first orgasm’. The main character enjoys her own company on a sofa touching her private part, in the absence of her family members. Then, the story unfolds her journey discussing self-pleasure with her friends, while also exploring and trying out new techniques, one of them being the use of a goose feather.

Reading this, I was wondering how can we take self-pleasure? Hmmm… I lacked the vocabulary to describe it back then. It’s not sex though. So what is it? It was completely new for me. After further reading through the texts, I figured it out. Okay, it’s called masturbation. This might make you giggle if you have never tried it. Generally, people don’t discuss it openly as it is a sensitive and uncomfortable topic for many. And this may stem from the old societal myth that women “don’t” or “shouldn’t” enjoy sex/ pleasure, and sadly we still experience the hangover from such a notion. Oftentimes, gender stereotypes and patriarchal practices shape and perpetuate gender inequality and strip women of having agency and autonomy over their bodies and of their sexuality.

It just started with touching the parts slowly and gradually. Slowly, I started to figure out what worked for me. Touching my genital to rubbing round or horizontal or vertical movements; a different sense of uncomfortable and awkward pleasure was felt – something near to adrenaline rush or chills. With the repetition, the feelings grew in intensity, until I noticed that I could no longer see or hear clearly, everything appeared to have vanished. From being in a conscious state reaching to the unconscious and again regaining consciousness.

It was like floating up to heaven and then slowly parachuting down to earth again. This was so satisfying and it became a habit; if I do it today, I will surely be doing it tomorrow. Doing once a week, became every day. I really feel complete and full of energy while I am into it. But what I think is that the feeling is not something that can be defined or described just in words.

I don’t know if I had actually reached orgasm or not (have to ask others to share their experiences). After having done it frequently, I felt some changes in my body, especially the relaxation of muscles, and even my sleep quality has been enhanced. When I do it, I began to perceive it as loving myself, stress releasing mechanism and escaping from reality; with a way to learn about my own body and being familiar with it. It feels very warm and hot.

Though I have a very close friend with whom I share every secret, but with this friend, I didn’t open up so easily. Maybe I was worried about their attitude and prejudices towards me. Or maybe it was because of “the guilt” of practising something that might go against/ in conflict with religion, culture and beliefs. Or maybe there was never a safe space and environment to really discuss my feelings.

However, my perception of the topic gradually changed when I was a little bit more confident to open up about it to one of my friends after he had shared his own experience. I was very shy at first but I somehow shared how I did it. I wasn’t able to share more because of my discomfort, which is also linked with how discourses on sex, pleasure and sexual gratification are still regarded as taboo subjects in a religious country like ours. So, rather than sharing it with others, I kept it a secret for a long time. I used to have casual conversations with my friends but rarely did we talk about it openly.