Less of Who I am? 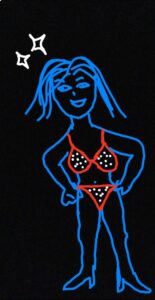 Taking ‘Gender Studies’ as my minor was never really my intention. It started with me taking one class out of pure curiosity. Never thought there was much to it until the classes started making me question the things that I had been taught my entire life. From then, it has been a never-ending journey of learning and unlearning what I have known and believed in. Many discussions in the classroom hit my core, but right now I would like to talk about one in particular.

One day in my “Intro to Gender” course, we were presented with a question, “How are people from the LGBTQ+ community treated in your society?” My first instinct was to look back at my home country, Nepal, which is highly influenced by Hindu culture. Though Hinduism does not specifically condemn the existence of LGBTQ+ communities. However, most Hindus in my country are still very intolerant of this community. This could be due to the influence of the colonizing nation ideologies entering through India. This influence can be seen starting from our home to our laws, which mostly cater to a single linear heterogeneous approach to any issue without integrating the intersectional lens.

Then I started reflecting on my own family. They seem to be “liberal” when it comes to their stance on rights and equality. They fully support LGBTIQ+ rights, but at times, when I subtly hint that I might just be one of them, they either divert the topic or walk away, saying that they have work. So, I do not see my family as advocates of the LGBTIQ+ community, rather they are indifferent to it as no one in my family has ever claimed to be a part of this community. And this gives them the luxury to talk freely about the rights and freedom of the LGBTIQ+ community without having to bear the consequences and I doubt they would ever want to let go of this luxury.

Now, 3 years after this reflection, I have come out to my mother. She tells me that falling in love is natural no matter what sex or gender, but she also says that if I ever choose to pursue a romantic relationship or a marriage, it should be with a man. If not, she warns me that this society will break me down. She says, “Kta pani maan parcha bhane kta sanga jane ni. Maile bujchu, tara samaj le bujdena. J bhaneni hami yei samaj ma bachnu parcha.” She says it is for my own good, I know. But does she know that her words break my heart? Before society, it is her words that is breaking me inside because we both know that this society will never be ready or in her words “modern” enough to accept me for who I am.

When I took my minor in ‘Gender Studies’, I was staying far from home in a residential college surrounded by peers from around Asia. I reflected on their behaviours. When you see it on a surface level, everyone in my university and hostel seemed very accepting and open-minded. Only when you deep dive, you can clearly see the queerphobia hidden perfectly within them. Many university friends tend to act like they accept the LGBTIQ+ community and personally, I believe that they do so, as they want to be seen as the “forward” people. They are educated people who “truly” understand that the LGBTIQ+ individuals are just as humans like them and that those people are not as hollow as to “discriminate” based on someone’s gender identity or sexual preference. I realized how hollow their actions were when one of my friend said that she supports the senior who was dating a girl and love her for who she is, but she never wants anyone from her own friend circle to become one of “them”, and how one of my very close friend tried so desperately to act “normal” in front of people who openly identify as lesbians/bisexuals, just to show that she supports them. Once, one of my friend felt the need to show her support to my other friend who had recently come out by telling her that though she fully supports my friend, she would never date her. But then, these people are the social media feminists and often advocates for equality. If there is some unjust going around the world, they were the ones to speak up against it, raising their “voices for the voiceless”. Even while I was contemplating silently in the class, I could hear some of them discussing this question in the class. After all, they are the advocates, equality cannot be achieved if they stay silent.

This realization had shaken me to my core, it made me aware that this home that I had built in the past 2 years was as hollow as my friends’ feminism. Many feelings swelled up inside me when I saw this side of my friends who were fighting to make the world more “inclusive”. But, the most prominent feeling inside me was fear, as this was at the time when for the first time, I felt something for my female friend. I was always battling between trying to figure out if it was my admiration for her or was it love? I wanted to talk about it and giggle at the possibilities like I would have if it was a boy but I was scared of rejection. I was scared of my own group of friends who were supposed to be my chosen family in this land of unknown. This fear of not being accepted by my friends kept me in isolation and from talking to anyone about it for a very long time. The fact that I could potentially lose my friends terrified me. So I went on with my life like nothing had changed and I tried my best to stay away from anything that might give me away. I was performing masquerade because it was the only way for me to not lose the agency that I had always had as a straight friend. I became less active on Facebook, I deleted all my posts that spoke for the rights of the LGBTIQ+ community in fear that this might out me. I was a vivid reader of mangas that had same sex couple love interests and everyone knew about it, but I stopped and made sure that my friends knew that I am no longer interested in those kinds of mangas. I would secretly listen to songs from artists who were from the LGBTIQ+ community. Seeing them thrive among all the hate, would give me the courage and hope for a future where I would not be this worried. It would make me think maybe, just maybe, not everything on social media is fake. At that time, I was constantly battling between learning to accept and simultaneously hide who I really was. It was really hard but the feeling of wanting to be validated was very high for me. So, I finally gathered the courage to come out to some of my seniors who were open about their sexuality. They gave me a safe space, where I could be myself. I could finally be myself without the fear of losing the relations I had built. We would sing to Troye while we smoked and talked about our love interest and stalked our most recent crush. We would have movie nights and fan-girl over our not so straight ships. I was happy.

My seniors made me realize that online platforms are not always real but then not every hope portrayed in it is fake. I now have two Instagram accounts and I choose what I share, who I share it with and what I consume. It was hard and sometimes I still don’t feel safe in my personal Instagram account, but now I at least have an online space that I can vent and express myself. I made this account in 2018 with very selective people. However, it wasn’t until recently in July 2021, I mustered up the courage to post about my girlfriend and come out to everyone that followed me in that account. It took a lot of courage but I am glad I did.

Now, I post frequently about her and though this most probably does not affect my friends who see it, except make them cringe, yet it has hugely affected me. I feel more like myself. I feel like my identity is valid. I feel content cause I know this selective group of friends (in my personal Instagram account) will always love me for who I am not who I pretend to be. I am happy because finally, I have a platform where I do not have to fear or be ashamed because of who I love. I am also very proud to have such an amazing and talented person as my girlfriend.

On the other hand, I still am frustrated as to why I have to hide my sexual identity, as to why I have to come out and declare that I am not straight? What would change just because of who I chose to be with? If I come out to someone, I will definitely not be more of who I was and neither would I be less of who I am before I tell someone my truth. But, if after finding out my sexual preference they start treating me differently, aren’t they the one who has become less of who they are?

“Coming Out of the Closet” is bullshit, pointed out by my “Intro to Gender” course Professor, and explained that all it does is strengthen the ideology that “Straight is Normal” while putting the burden on individuals from the LGBTIQ+ community to constantly ensure that their identity is valid. But even after he told me this, I can’t help but dance around the idea of me being in a closet. Though I am frustrated in the way society works in regards to these things, I know how helpless and anxious I was when my classmates started answering the question, “How are the people from the LGBTIQ+ community treated in your society?” while I just froze and stared helplessly, afraid that if I speak they might find out who I am and I might lose the people I adore a lot. At that moment, I was worried when I counted the number of people I had come out to and it could not exceed 10, and most of all the people I had come out to had already identified as a member of the LGBTIQ+ community. I don’t want to hide who I am or who I love but I can’t seem to stop playing safe. And even while coming out to you through this writing, I am playing safe because coming out here will not only ensure my privacy but also give me a chance to be myself.  I know that even from now, I will be playing safe for a long time because I know how people from the LGBTIQ+ community are treated in my society. More correctly, I know how I will be treated if I were to come out of the closet, I will rarely be seen as who I really am and for many, I will always be less of who I truly am. 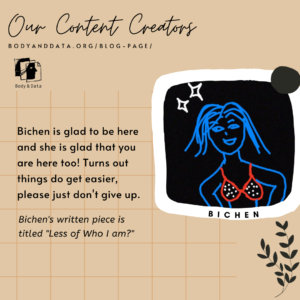