Increasing internet and social media use fosters exchange and visibility, but comes with its own dangers

Written by: J B Biswokarma

On 25 May 2020, George Floyd was murdered in the US city of Minneapolis by a white police office Derek Chauvin. Witness and security camera videos showing Chauvin kneeling on 46-year-old Floyd’s neck quickly went viral across the internet, prompting worldwide protests against police brutality, lack of police accountability and racism.

Two days prior in Nepal, six young Dalit boys were chased by a mob in Rukum district, pelted with rocks, chased into the Bheri River where they drowned. This too led to  widespread outrage in the country. Activists mobilised through social media against caste-based discrimination and classism in Nepal.

Nepal’s mainstream press has also started making up for lost time by covering structural discrimination against those marginalised and traditionally excluded by society.

This change has come about because it is the discriminated communities themselves which have found a voice through the Internet that has leveled the playing field in terms of communication. They have demanded accountability in the socio-political arena, through inclusive, democratic and proportionate representation.

Posts on social media platforms demand fair treatment, and no discrimination by the government, political parties and communities. Activists from Nepal’s underrepresented populations, Dalits, women, indigenous people, Madhesis, and religious minorities are taking to the Internet to voice themselves, as are social justice activists not necessarily from those communities.

Facebook, YouTube, Twitter and TikTok are populated with voices of those who are struggling against injustice and discrimination, and to highlight unfair and unconstitutional laws. They no longer have to depend on the mainstream press to speak out.

However, the Internet is a double-edged knife. The same platforms that give us a voice are also used by bigots, chauvinists, racists and misogynists to spread hatred and intolerance. 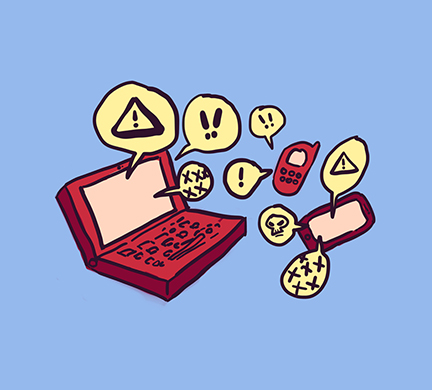 The rapid spread of mobile telephony in Nepal means that the devices platforms that can be used to share information, opinion and points of view are in many hands. Unfortunately it also means that it is in the hands of those who cannot tolerate diversity, justice and respect for the equal rights of all citizens.

There is also the digital divide within Nepal. The rural areas, the minorities and the marginalised who are the lower sections of the socio-economic ladder have less access to social media. Internet bandwidth and speed is also lower than in urban, richer areas of the country. Mobile data subscription may also be out of reach of many.

This means that the majority of Internet and social media users in Nepal belong to the traditionally dominant communities who largely post, share, comment or retweet, further  strengthening their existing biases and influence in Nepali politics, society and culture.

To be sure, this is not just happening in Nepal. Right-wing and conservative groups around the world have weaponised the Internet to keep people in the margins suppressed. In India, for example, Muslims and Dalits are continuously subjected to chauvinism, bigotry and intolerance, and any voice of dissent is either weak or quickly smothered by trolls and bot armies.

In Nepal, too, the disproportionate access to the Internet means that it has amplified the already loud voices of the privileged class. Any discourse that takes place in the ‘cloud’ revolves around their own comfort zones and belief-systems, as their majority ‘followers’ also belong to the same circles.

Whenever a minority voice even dares to whisper about injustice and discrimination, swarms of cyber hornets mass up to attack. The vitriol and abuse is directed at the marginalized and downtrodden who dare to speak up.

Whether it is questioning Prithvi Narayan Shah’s expansion campaign or Madhav Prasad Ghimire’s poems, social media hornet quickly take to the air to extinguish the debate. Algorithms then ensure that they preach to the converted in their own echo chambers and there is no dialogue.

Despite Constitutional guarantees of equality and justice, Nepali society has intersecting layers of discrimination based on caste, gender, ethnicity, colour, language, religion and region. Yes, the Internet has given people from these communities a voice, but it has amplified the voices of the dominant groups even more.

There are many who speak out on social media platforms about the caste-system, patriarchy, linguistic and regional discrimination. Instead of democratising information by leveling playing field, the Internet has actually perpetuated the unequal status quo.

The Constitution has provisions for inclusive representation so that all groups, castes, genders, ethnicities have equal participation in the democracy. Yet, Nepal’s cybersphere does not reflect this ideal.

A special kind of hypocrisy is visible among many social media-users who embrace a modern, progressive technology but fanatically hold on to the conservative, patriarchal and oppressive ideals. They raise concerns over affirmative action, and insult Dalits over their quotas. They worry that inclusive politics will weaken their authoritarian majority, and try to discredit any discussion or political criticism online by labelling it as a ‘dollarised’ liberal agenda.

One can find much evidence of affront and abuse against the marginalised communities online, especially hate-speech targeted at particular group and ethnicity, polarising society and dividing it further. Communities that already suffer much injustice in real life are now subjected to such prejudice online as well.

There can be no social reform if such discrimination, threats and exclusion is perpetuated. In fact, as long as there is no economic and political environment for every Nepali citizen to exercise their constitutional rights with self-respect, we will not be able to address the deprivation, discrimination and inequity prevalent in society.

This calls for a serious public discourse, that is logically and intellectually sound, and brings together diverse voices on Nepal’s socio-politics, economy and culture. Such debate is almost impossible online.

Nepal’s intellectuals, influencers and opinion-makers must amplify their voices with inclusive and civil dialogue, even if it is within the prejudiced landscape of the physical and online public sphere.

JB Biswokarma writes on the struggles of the Dalit community, marginalised populations and socio-political issues. His book Dalits in the Nepali Media: Participation and Content was published in 2013.

Translated from the Himalkhabar original by Ashish Dhakal.
Reshared from Digital Discrimination from Nepali Times